I was extremely happy to be invited to go and work at the  summer camp at MacKenzie TKD in Halifax. I was happy for so many different reasons: 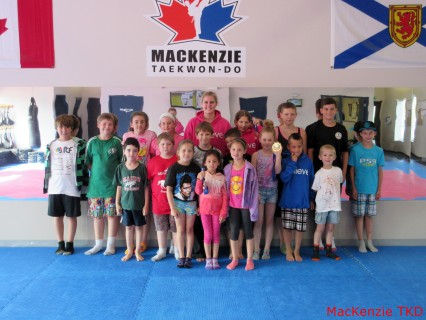 When my flight landed I went directly to the Dojang.  I was immediately impressed with how nice the building and the facility was.  There were 23 kids in the day camp and they were ready and waiting for fun!  I worked with Laura MacKenzie, Ashley Comeau and Robbie Mason during the days. Everyday was jammed packed with different activities.  Each day there were two sessions of TKD, plus other activities like Zumba, outings at the park, and a fun personal pizza making party. These kids were so positive and up for anything! They took an activity and made it fun for everyone. 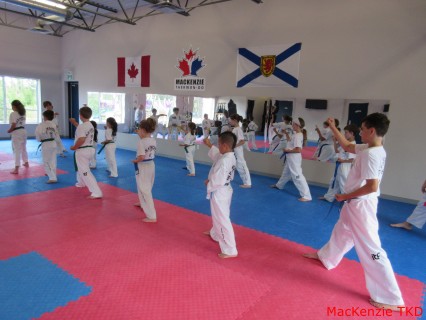 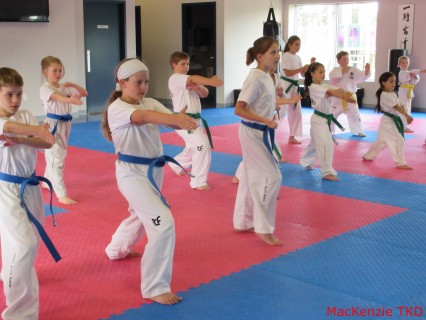 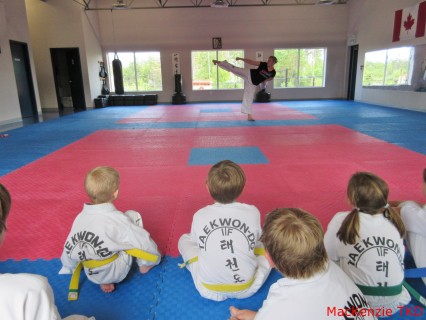 While I was there, I presented my slide show on 10 lessons for Champions to the summer camp kids. Later in the week,  we incorporated something that Laura had done as a kid making a magazine cover, displaying her future goal coming true.  It was such a perfect fit to what I had talked about!   The kids wrote down their goal, drew a picture and put a date when they were going to achieve it. On the back, they wrote down why their goal was important to them and then some of the things they would do to make sore their goal was achieved one day.  Thank you Laura for sharing your story, your magazine cover and for the idea! The kids in the camp really look up to you. 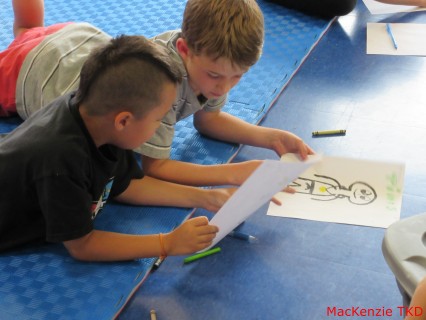 The week at camp flew by since we were always doing something.  I got very attached to the kids.  On the last day they had all made me beautiful cards with kind messages and what they had learned through the week.  Then had also prepared a little dance and cheer for me. 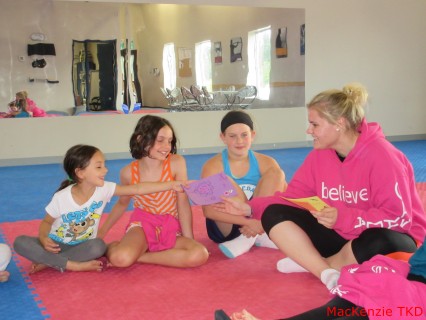 It was so precious. I also was invited to the Willowbrae Childcare Academy to speak to a group of 4-5 year olds.  That was the youngest group of kids I’ve done a presentation for so I had to make some quick adjustments on the spot with examples that they could understand and relate to.  I absolutely loved talking to this group of kids since they were so curious and involved.

I love working with young kids! Their energy is contagious, their curiosity and desire to learn is inspiring and their smiles brighten a room. 🙂 I find it fascinating to look around the room and wonder what each child will end up like, what they will do or accomplish and who they will be as people. The kids at the summer camp are really lucky to have the role models and people to look up to for example that they do. Laura, Ashley, Robbie and the others do such a great job. 🙂