Today is Good Friday and it was a beautiful day.  After spending several hours in the dojang I headed off to the track. I was so surprised how many other people were there either running sprints, power walking or just walking their dogs. I loved the atmosphere!

Since this is my first year at high school I feel like I have to catch up to the senior students who have been doing javelin, shot put and discus for the last four years.  My track coach let me borrow a shot put and a discus for the long weekend to practice.  Unfortunately they aren’t allowed to hand a javelin out in case of injury. 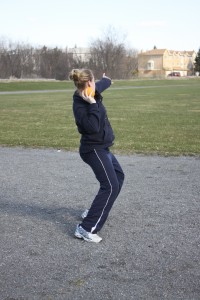 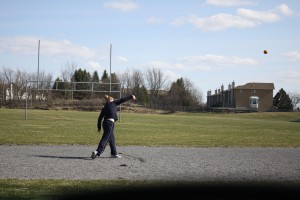 Then I worked on my Discus throws.

Discus is a new event for me and I find it really exciting.  It’s so much harder than it looks.  I love it since it’s really  frustrating and then all of a sudden you have a nice throw and it feels so good.   I always seem to need the challenge.  It was really cool because an older gentlemen was walking laps around the track minding his own business and after about 30 minutes he came over to my dad and asked if he was my coach.  When he knew he was my dad he told me that he was a retired track coach and gave me some useful pointers.  He was so nice and helpful. 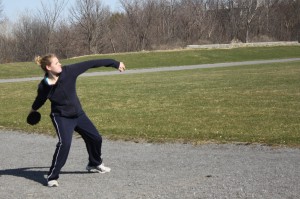 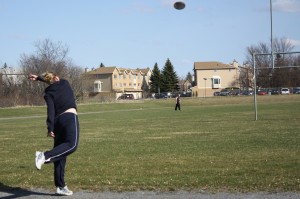 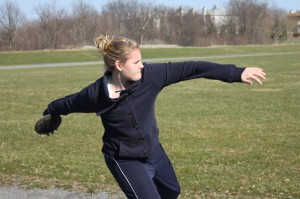 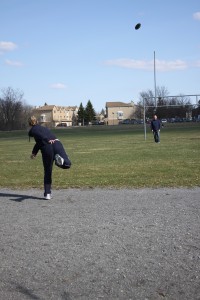 Tomorrow I know I’ll be at the dojang for about 4 hours but then I want to go back to the track for more throws.  I was at the track for an hour today and it was great since I was able to get in so many more throws than I do at the track and field practices in the morning.  Thanks Ms. Rusch for lending me the equipment 🙂

I also have a soccer practice tomorrow night with a different team.  My team is in a big tournament in Dallas this week and I wasn’t able to go since I’ve been away so much already but at least I get to train with another team to keep my foot on the ball.