This weekend was my second National Team training to prepare for the World Championships. This training was a bit different than the first one because it was only for those who were going to be competing in their second World Championships or more. The numbers were smaller and there was a lot more 1 on 1 attention which was really helpful. It was to focus on the finer details and elements that would give you the extra little spark that could result in a gold medal.

We drove to Trois-Riviere to Master Laquerre`s TKD school at 4 am Saturday morning. When we have to do so much travel for competitions, seminars and training we try to keep our hotel stays at a minimum.  Especially with Spain in a couple months. It was nice watching the sun rise on our way to an incredible weekend!

When we arrived it felt very peaceful since the training was in the country at a private school with a fields and a forest all around it.  I felt like I was going to a summer camp 🙂 There was a small gym in one building, and then a dojang in another building across the field and an outdoor pool between the two buildings.  It was ideal to split up the groups into those who were competing in patterns and those who were competing in sparring.

The training started with an awesome fitness session lead by Mme. Bond. We focussed on acceleration (sprints), timing, and then a series of ab exercises. Conditioning is an extremely important part of our training.  I have spent so much time with my conditioning this summer and I’ve never felt in better shape.  It was lots of fun because all our fitness training was outside! 🙂 The weather was perfect so it made it even better! 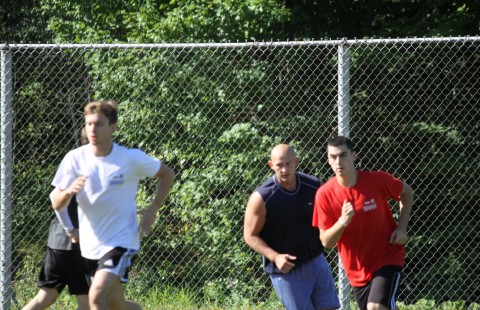 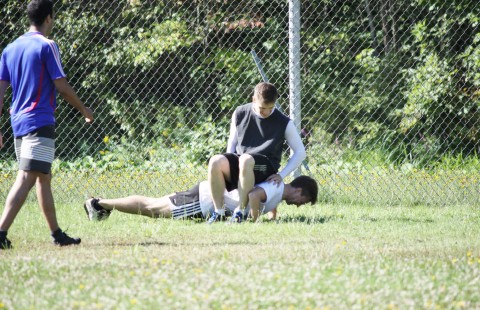 They split the Patterns and Sparring groups up but since I’m competing in both divisions I decided to focus more on patterns this weekend.  At the last training I focussed more on sparring.  The main goal with patterns was to work on relaxing, and then accelerating with nice fast and clean lines.

I am so lucky to have some of the best women in the world for patterns to compare myself to. I strive to be just as good as them! They are incredible so I love doing patterns beside them to push me and inspire me to keep improving.

In the afternoon, we swam and did TKD exercises and drills using the water as resistance. I have been doing this type of training on my own all summer at the pool and I find it very beneficial.  This time we swam in an out-door pool! It might have been hot outside….but the water was FREEZING!!!!!

Then it was time for more patterns!

We ended the day with a nice dinner out all together.  Everyone was very tired so it was an early night since we knew the next day would be just as challenging.

We started with an intense fitness circuit outside again lead by Mme. Bond. She is in such amazing shape! It`s fun to work out with a group of such driven people. 🙂  We really pushed ourselves and each other.

In the patterns portion, we focussed on kicks in our patterns. It was ideal to get little tips and tricks to bring our kicks to the next level. I will be sure to work my butt off for the next two months! 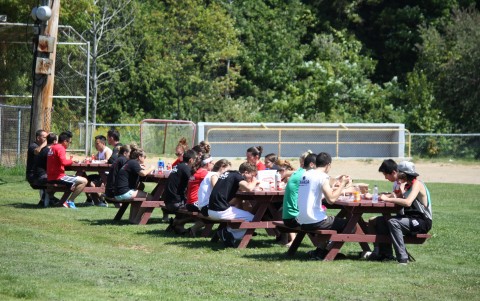 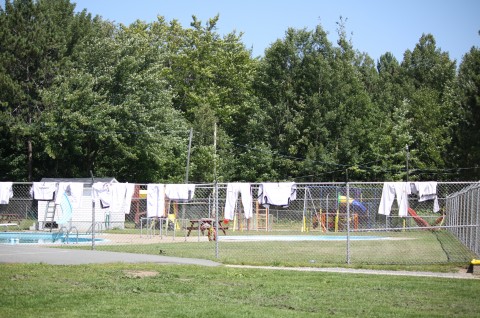 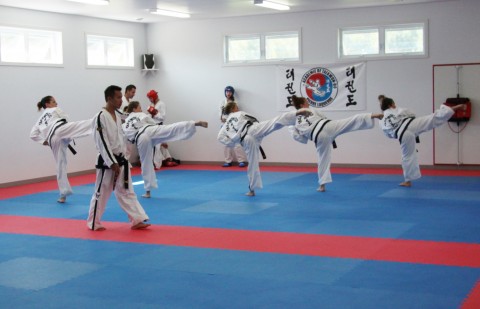 All afternoon, we did a tournament simulation for patterns and sparring. I started with patterns, and then after decided to take advantage of having girls to spar and spent the rest of my afternoon doing that.  It was awesome since Master Laquerre (the National Technical Director) was there to give us each individual critiques as well as Mr. Tran and Mr. Parent.  I love simulation training since it really helps you perform at your best with all your peers and coaches watching.  It’s very different than just working on your own in your dojang by yourself.  It was also good practise for me to train jumping from patterns right into sparring like a tournament situation.  It can be challenging to switch mind sets for the two events quickly and if you compete in both divisions you have to be able to.

I found this weekend extremely beneficial! I got some great pieces of advice that I will be working on, some validation on things and a few boosts of confidence. It’s mind boggling that there is less than two months till Worlds, but I am extremely focussed and looking forward to the rest of this incredible journey. It was a good way to end of the summer of training as well. 🙂 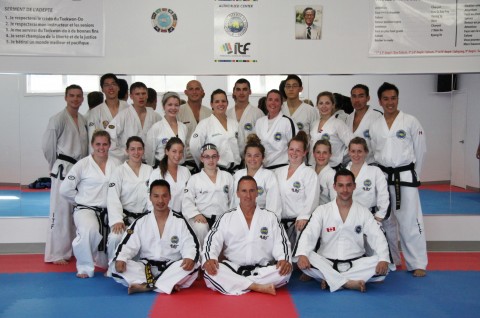 The next time I see some of my team mates will be in Spain.  Happy training guys.  Go Canada G0!