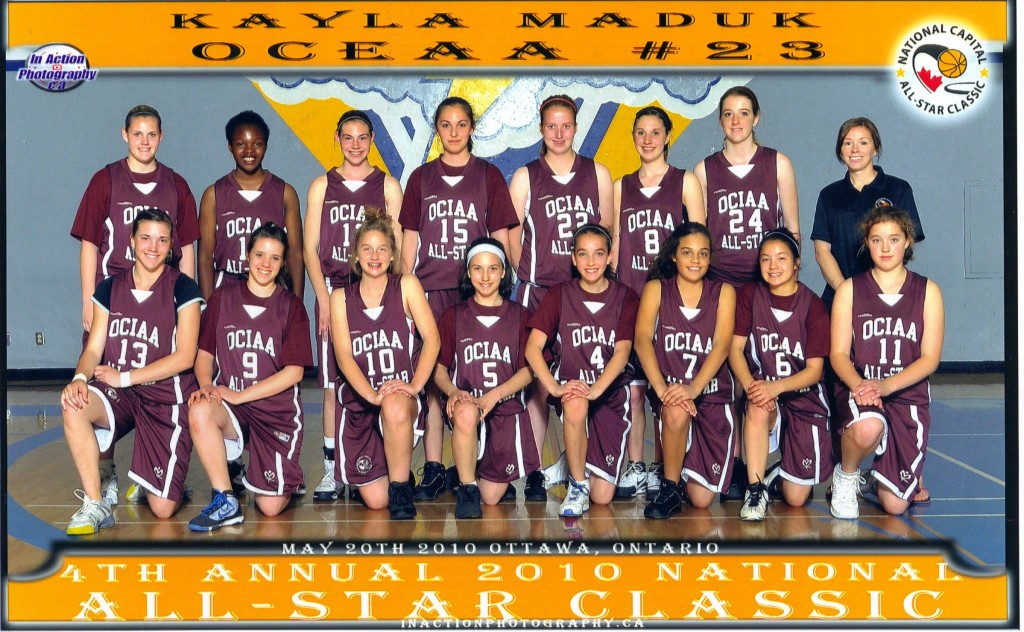 Last night was the All-Star game at Algonquin College. It was so weird because I have competed in that gym several times for Taekwon-Do but it was a new experience for me to be there for a basketball game. The gym actually looked smaller without all the sparring rings.  When I walked in, I saw all the cameras and people and  all of a sudden, I got really nervous. So did all of my teammates. I think that it wasn’t so much the cameras that made us nervous but the fact that we had no idea what the broadcasters were saying about our every move.  I’m used to being filmed for TKD but not for any other sport.   I had so much fun being with my teammates even if it was such a short time.  I only wish I got to know them better since we only had one practice together as a team. In the game, it was also a bit of a shock because the level of play was more intense than I’m used to and it was harder to score. There were several girls who really stood out since they play competitive basketball all year.   It would have been interesting to see how we would have done if we had had more time together as a team. It’s pretty hard when you are still trying to learn everybody’s names 🙂

I loved having my parents, brother, his girlfriend, my grandpa and my aunt there cheering me on.  It was a blast and I’m so lucky to have had the opportunity to play for the All-Star team.  We ended up losing 49-40 but it was still a great experience.  I’d like to thank Mr. Wilson who organized the whole event and who also invited me to the try-outs.