Everyone prepares differently for tournaments.  At these large events everyone pretty much sticks to themselves and focuses on what they came for before competition.  It’s only after that everyone gets together to celebrate.  It’s easy to get psyched out by all the people so I went sight seeing with my parents.  It was also good to stretch my legs out after a plane ride the night before.  I’ve never been to Vancouver before and I wanted to explore.  As we took the Canada Line train down town a lady was giving us a bunch of information about the city which was great.  I’ve never seen so many friendly and helpful people.  Everyone was so friendly and helpful.  We unexpectedly ended up in middle of  a Remembrance Day Parade which was cool since my friends back in Ottawa were doing the exact same thing back home. 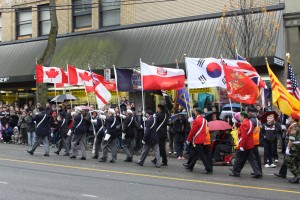 Seeing all the Veterans and hearing the bag pipes and all the drums made me feel sad.  The expressions of some of the gentleman said ‘so much’.

We ended up getting lost down town and walked for hours but we had a really good time seeing so many parts of the city. We ended up in Yaletown.  It’s beautiful here.  Every now and then it would sink in about the tournament and I was feeling excited and pumped. We walked past a park with a waterfall and I immediately ran to the rocks and started to do side kicks for a picture.  It’s a tradition when you travel to take pictures of poses in different cities. 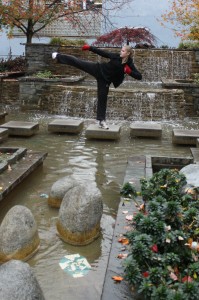 The architecture of the city is beautiful.  Buildings and the little yards of the condos are so well taken care of and I’ve never seen so many little dogs 🙂  Especially pugs.

We realized that it was getting late and we had to rush back to Richmond to weigh-in but we saw a marina so we raced down to check it out. 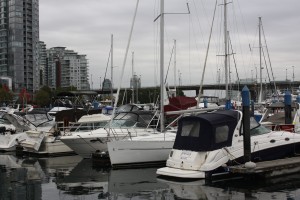 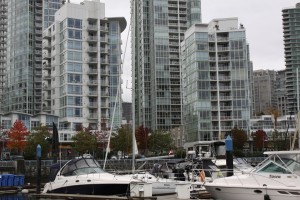 We hurried back for weigh-ins and then I spent an hour just going through my patterns and ended off with some yoga.  I felt very relaxed and focused.  I’m lucky I don’t have to worry about my weight being in the hyper-weight division.  So many people were stressed since the were over their limit.  If they couldn’t cut weight they would be disqualified to compete.