1.  Qualifying for all three throwing events.  There was only 1 other junior girl in all of Ontario that did as well.

2. Throwing a PB in Javelin and winning 3rd place.  I had to forfeit my javelin last year because of a conflicting soccer game and then an injury and I always wondered how I would have done.  This is just the beginning of javelin for me and I’m in it for the long haul.  I love the javelin! When I threw my BP it felt soooo amazing and I can’t wait to to throw again 🙂 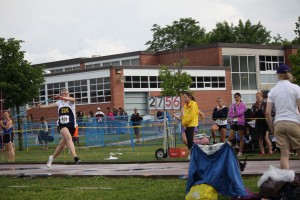 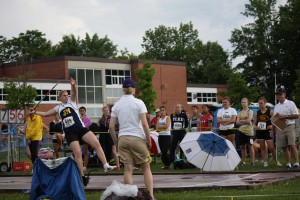 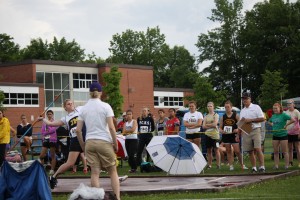 3. Having my javelin coach Bill Heikkila there for support was extra special.  I felt so much more comfortable having him there. He was also the official who gave out several of the medals. I am proud to call him my coach!!! Everyone at the track knows who he is and they all respect his Javelin knowledge and kindness. 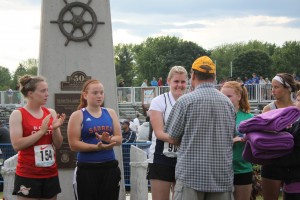 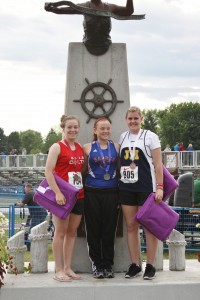 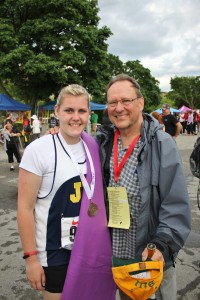 4. Throwing a BP by almost 20 cm in shot put.  I only lost the 3rd place by 2 cm!  So close but so far 🙂  I was so happy with my distance and it’s something that I know will only get better too with more practice. 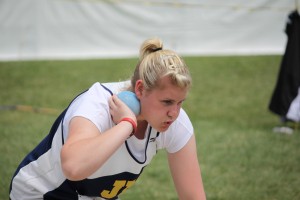 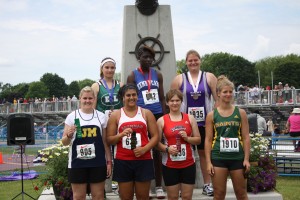 5.  It was awesome having my parents and my teachers at all the events cheering me on.  They are such a great group of caring people.  They make it so much more fun.  I couldn’t believe they even stayed after an hour delay from a lightening storm. 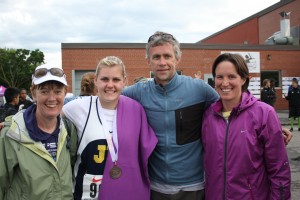 6.  JMSS had 10 students qualify for OFSAA this year which is the most students ever so that was exciting in itself! 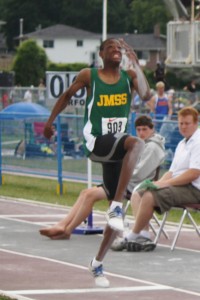 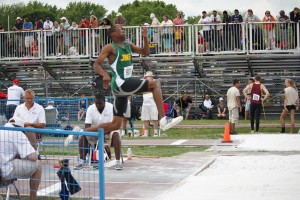 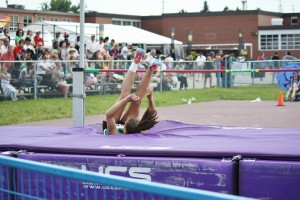 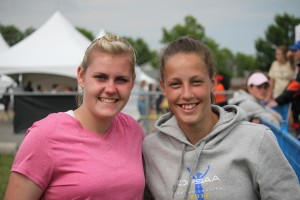 7. Having my grandpa there for the last event.  I know it meant a lot to him when he was reminiscing of when he competed in OFSAA for basketball for Ottawa Tech when he was in high school. I was so lucky to have him there. 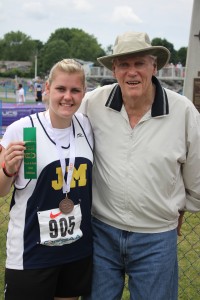 8.  It was more fun this year since I knew more people from last year’s OFSAA and the other competitors and coaches from the Ottawa Lions Club.  I felt like I belonged more this year.  Everyone was so nice and helpful. 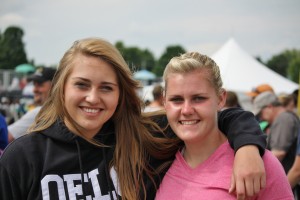 9. My discus was a disaster but it’s a good reminder how important the training is.  To be honest I couldn’t tell you what happened.  It just felt all wrong.   Of all my three events, it’s the one that I’ve had the least amount of experience and it’s one of the more complicated throws.  When it comes to competing, you need to rely on the muscle memory and experience to be a consistent thrower.  It’s so weird since I’ve been in second place for the last three meets.  I was initially frustrated and disappointed but it motivated me to do better in the other two events!  I was proud of myself for being able to shake it off and focus on the other events instead of dwelling on it.  I wasn’t going to let it ruin my javelin.  The other thing that was so cool was that when my teacher at school heard that I hadn’t done well with discus she gave all my friends permission to text me motivating text messages.  Now that’s school spirit!!!   It was really sweet and helpful.  Then, right out of the blue just before my Javelin event I received a beautiful email from Master Suarez who is a taekwon-do Master in New York that I trained with a few months ago. It came at the perfect time.   All these little things were perfect.  Thanks guys 🙂 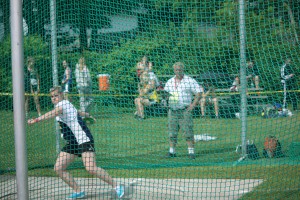 10.  Met so many throwers and now I’m really looking forward to training all summer since I will seeing them again at meets throughout the summer.  I was inspired by so many amazing athletes all in one area.  Everyone had their own event but we were all there for the same great experience.  It was awesome that so many records were broken and so many PB’s were achieved. Until next year…..

Now it’s time to get more focused for the Pan Am Taekwon-Do Championship next weekend!!!

1 thought on “Personal Highlights of OFSAA 2012”