Today I competed in the Ontario Invitational Championships held at Ashbury College in Ottawa.  To be honest I was really nervous since I just received my 2nd degree two months ago and am just learning my new pattern.  Patterns are normally my strength but it takes years to really master a pattern.  I placed third so I know I have a lot of work to do before the Eastern Canadian Championships March 26th in Montreal!    If anyone is looking for me, check the dojang! 🙂

I won the gold for sparring and I think it was the best sparring I’ve done in competition so I was pleased with that.  This was a great tournament to see what I need to work on since the results don’t count for points towards the seeding system. It was also exciting because it was the first time I officially competed in the 14-17 year old age division.  Now I know what I’m up against! 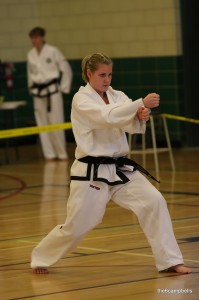 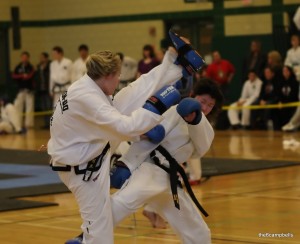 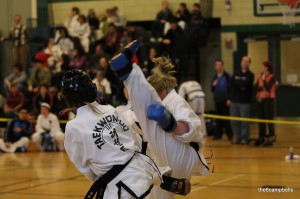 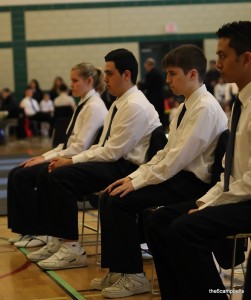