Yesterday, Mr. LeGrow and I gave a 5 hour pattern seminar to cover all the color belt patterns. We wanted to share our passion for patterns and give students and opportunity to review and improve their patterns in more detail. 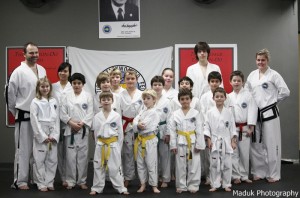 It’s good to have two instructors since we both have different personalities and wanted different things emphasized.  This way we can get through to more students.  We took turns instructing the seminar and while one was instructing the other was going around the room correcting what the students were doing.  It was a great team work 🙂

I think it’s so important to break down the basics.  As you advance forward in belt levels, things will be much easier if your basics are strong.

We spent 30 minutes on each pattern starting at the white belt right up to the black stripe pattern. We went into extensive detail (more than students are used to) and then gave a demonstration of the pattern, going over key points. The group started out large with all belt levels and then students were excused when we started to work on patterns after their highest pattern.  By the end of the 5 hours we were only left with the black stripes. 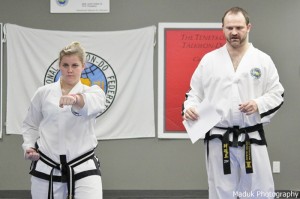 Mr. LeGrow had me demonstrate the pattern as he was pointing out specific things that he wanted to point out.  Mr. LeGrow spent a lot of time preparing hand-outs for each pattern to give the students as well so they can keep studying the fundamentals that we covered.  This is extremely helpful for those students who will be either testing or competing shortly. 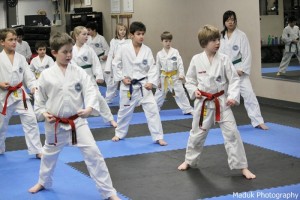 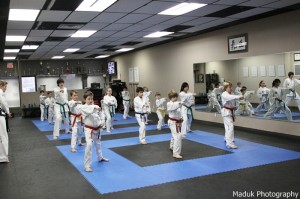 The demonstrations can also help give visuals. I am a visual learner, so if I see something, I can remember it and emulate it within seconds.  Some students are visual learners, some need to hear the explanation while others need to physically do it. I think we did a good job covering all aspects of learning. 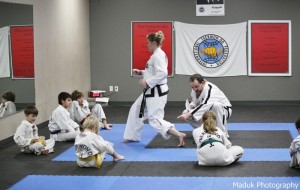 When we were going through all the new movements and stances, we were extremely specific.  A lot of the kids like math so it worked out perfectly. We were giving the distance in centimeters, angles, percentages of weight distribution.  All of a sudden, it becomes a lot more clear and measurable for them.  The whole afternoon was an interactive question and answer format. I’m sure they felt that they were back in school 🙂 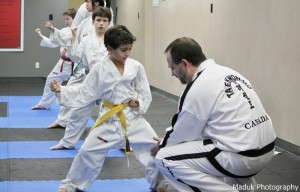 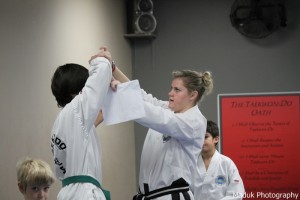 Patterns are a series of set fundamental movements against imaginary opponents.  It’s very important to think of the execution of the movements. When you understand what they are for, you will block, punch and strike differently because you can imagine it actually happening. Personally I don’t think this is taught enough in normal classes.  It’s important to really understand the history and the purpose of each pattern and movement. 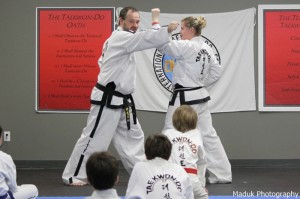 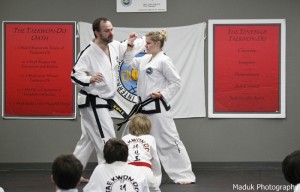 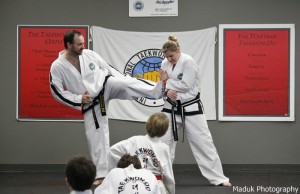 The students that attended were very focused and worked really hard. It’s a long time to be training and taking in so much detail but I hope they felt it was worthwhile.  When I look at all the photos that were taken, you can see how much the kids were concentrating.

I hope that these students will want to participate in other seminars that Mr. LeGrow and I attend in other provinces. These seminars aren’t just the hours you spend training and learning. It becomes much more than that.  It’s about meeting new people, visiting new places and sharing your passion for TKD with the rest of the country and world.

Thank you Mr. LeGrow for putting so much thought and preparation into the seminar content.