I was soooo happy to have my P.B. in Javelin at this final Twilight track meet tonight. It was an extra bonus since all throws were almost the same distance so I know I’m ready for another big jump.  I threw 36.91 and my goal was 37 metres since 37m is the National Standard.  I have been consistently improving in all throwing events every week this summer so I find that really exciting.  I have to admit it’s a slower improvement than I expected and hoped for but that is also what makes the P.B.’s that much more satisfying.  For me,  it was just such a great way to finish off the season because I have worked hard all summer and tonight, it all paid off.  I’ve been working with a group of ladies and we are all trying so hard but somehow tonight was different.  We all just wanted to have fun and enjoy the last meet. 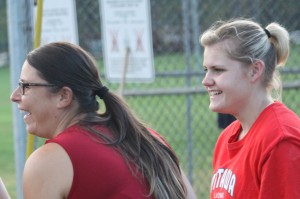 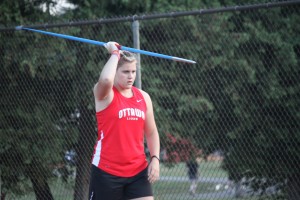 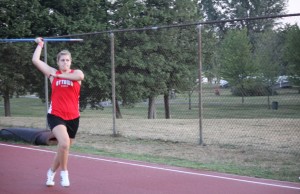 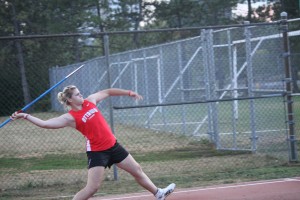 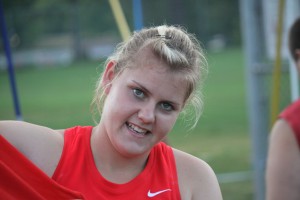 At the beginning of the summer I made a goal to qualify for all three throws (javelin, shot put and discus) so I could go to Nationals.  I qualified for Shot Put and I was told by the coaches that I could probably compete in the other events since I am just shy of the National Standards for javelin and discus.  I have decided not to go to Nationals.  Since I will still be a Youth again next summer I know I will do much better with another year of training under my belt.  I don’t want to go to Nationals until I feel like I can go and be as competitive as I want to be. I can’t wait for an intense winter program for strengthening and technique so I’ll be completely ready for next summer.  This summer has been a blast so it was also a bit sad tonight since it was my last meet until next Spring.

So much happens on at the track that I miss since the throwing events are off to the side of the track.  I couldn’t help notice that there was a lot going on with all the announcements on the P.A. system.

It’s cool to see the athlese that are competing in the para olympics in London later this month.  I see them train all the time but it’s nice to see them in competition. Good luck to you all in London! 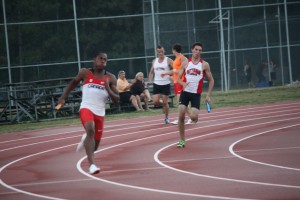 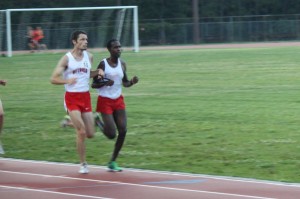 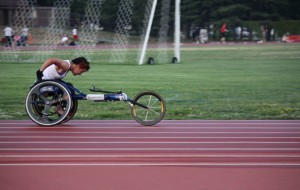 The CTV news crew was there to cover the victory of Jody Graham.  Jody was a soccer player who was in a bad car accident 6 years ago and she suffered severe brain damage and was left unable to walk.  They didn’t even expect her to live.  Tonight she walked with her walker the full 100 metres distance.  Her mom was right there with her. Everyone was going crazy cheering her on.  I wanted to get closer and watch but I was just about to compete so I couldn’t leave. Her next big goals are to be able to talk and eat on her own.  It was so touching.  Everywhere I look at the track I see so many inspiring athletes and that is why I love being there.

I am going to take a couple weeks off from track so I can focus more on my Taekwon-Do.  I am looking forward to train with the 6 time Taekwon-do World Champion (Julia Cross) from Scotland this month and then competing in New York City in September. I really need to spar against new competitors as much as possible so I can keep improving for Spain.  With the throwing events I can keep improving since I have a distance to measure against.  It can be hard at times balancing all the different sports but it’s definitely worth it.