Mr Phil Nguyen (owner of Black Belt Excellence in Kanata) did an incredible job with his HUGE fundraiser for three very important charities.  The day was a celebration of:

There were several VIP’s  and politicians invited to celebrate the day as well as be acknowledged for their generous sponsorship/donations.

The demonstration started off with a very cool dragon dance.  I loved how they moved around and the beat of the drums. 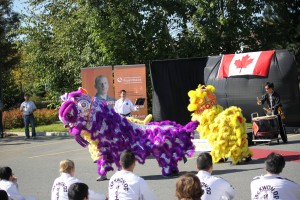 The dragons were so colourful and moved with grace 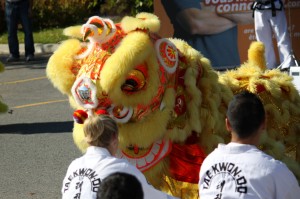 It was nice to have a front row seat 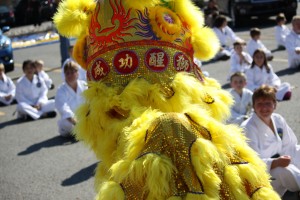 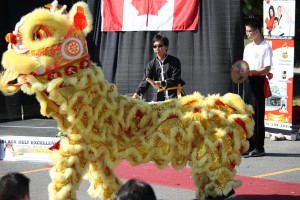 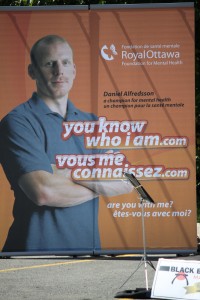 TKD is great for building confidence in young kids. The money that was raised today will help with the Royal Ottawa Hospital.  The spokesperson did a very good job making sure that the kids in the crowd are encouraged to speak to an adult, teacher, parent, coach if they have any issues of depression or anxiety or if they have friends that do.  There are way too many child suicides and we need to make it acceptable to talk openly about mental illnesses  at any age. 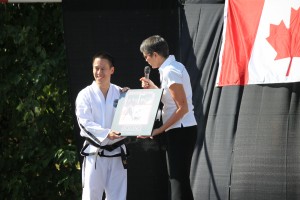 A large cheque was given to the Western Ottawa Community Resource Centre. 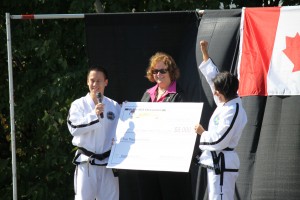 There were 250 TKD practitioners of all ages and belt levels giving a demonstration of the basic moves. 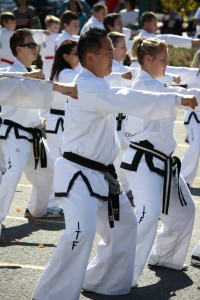 It was nice to be invited to participate in the demonstration with Mr LeGrow and Mr. Lim 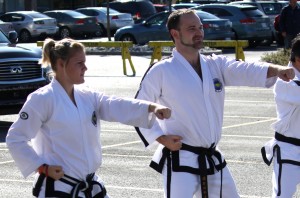 Mr Nguyen demonstrated the last TKD pattern.  It’s so hard to perform patterns on the cement wearing shoes in a parking lot.  There were so many kids there and everyone was sitting attentively and behaving with respect. 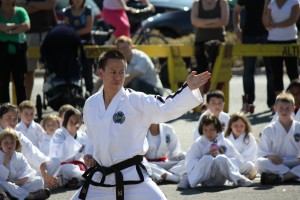 He then continued with a Bow Staff weapon demonstration.  I used to train with the Bow Staff and it’s a lot of fun. It’s amazing what you can do with it as a weapon. 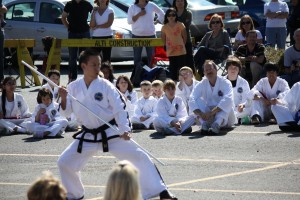 I loved the self defense demonstration.  They did a really good job making it look real. 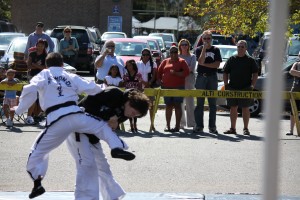 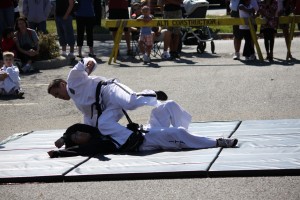 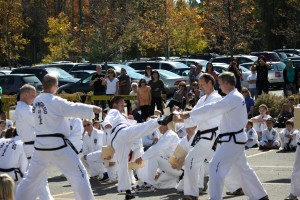 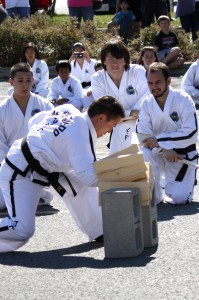 A very touching moment was when Mr. Nguyen demonstrated the first TKD pattern with his 5 year old son 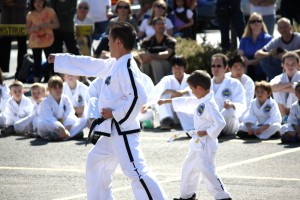 Out of the blue there was a TKD mob dance.  It was hilarious to see everyone just stop and start to dance 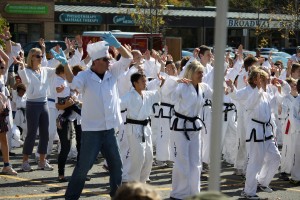 The mob dance was lead by Julia Gutsik – she was incredible 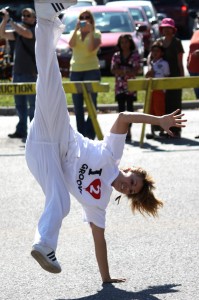 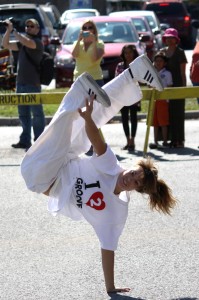 I always like to be with Mr. Lim.  It was nice to see guest instructors and students from other schools support 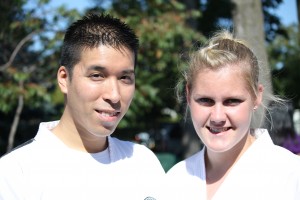 Mayor Jim Watson of Ottawa broke his first board! 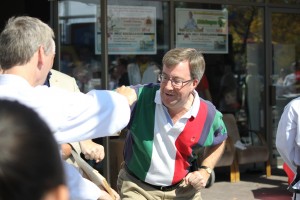 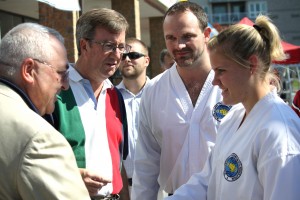 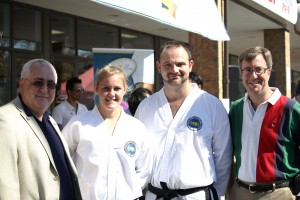 Mr. Watson wished me luck with future competition and we discussed different funding for Canadian Athletes. It was a real pleasure meeting him. 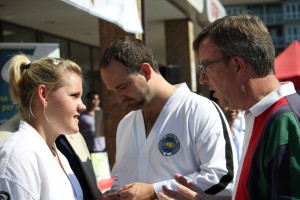 It was nice to visit with Ms. Trigger and other Instructors.  It’s amazing how you can go to any dojang but it’s just one big TKD family.  We all understand that TKD is not just a sport but a ‘way of life’. 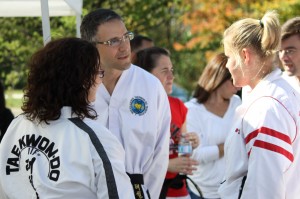 There were so many things for kids to do with different games, bb-q, great music and of course the board break-a-thon! 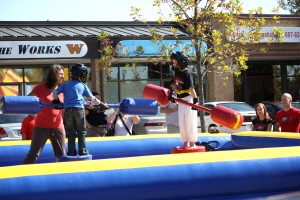 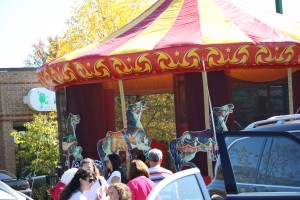 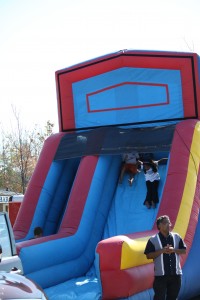 The day was a HUGE success and I was so impressed with all the organizing and details that took place.  Congratulations Mr. Nguyen and your whole school on your success on reaching your fundraising goals, improving the spirit in the community and on 25 years of Exellence. 🙂